Pythoner may be familiar with exception control like the demo beblow there:

If you press down ctrl + c, there will trigger a interruption by keyboard. The inner infinite loop will stop and jump into the exception handler. There are another examples of exception and interruption in the computer. Programmer may also ask what’s the benefite to handle the exception …

What if there is something unpredictable and it will stop the program to run correctly?

If you do 1 divide 0 in your program, the CPU don’t know how to compute that expression. In the level of operating system, OS will handle it as an exception and tell programmer that it doesn’t work. The program must be stopped or killed.

Although there trig a exception for diveding zero, but we catch it and handle it correctly. So, the program end correctly.

The mechanism of exception handling come from operating system.

Here is the definition of exception object in Python. (Don’t forget that everything in Python is object).

Here is a example about how python deal with the exception.

What would happen if there is a expression 1/0.
I use IPython interpreter do this demo.

The assemble code (opcode) of expression 1/0 in Python is compiled into that opcode code. It isn’t difficult to understand what the LOAD_CONST do.

Let’s dig into the detail of BINARY_DIVIDE in Python/ceval.c

It’s the last mile to get the target place.
PyErr_SetString finish the job about the initialization of divide zero exception.

After the VM (ceval.c) know why there is a exception, the VM will take step
into handling this exception. We have knew that the big for switch loop execute the opcode step by step.
Once there is something wrong with the opcode at runtime, the VM will setup
exception object by PyErr_SetObject. And then VM also will setup the traceback object of type PyTracebackObject.

You may notice that the PyTracebackObject is a single direction linked-list.

This program will trig the exception at function h().
Here is the output of that program. 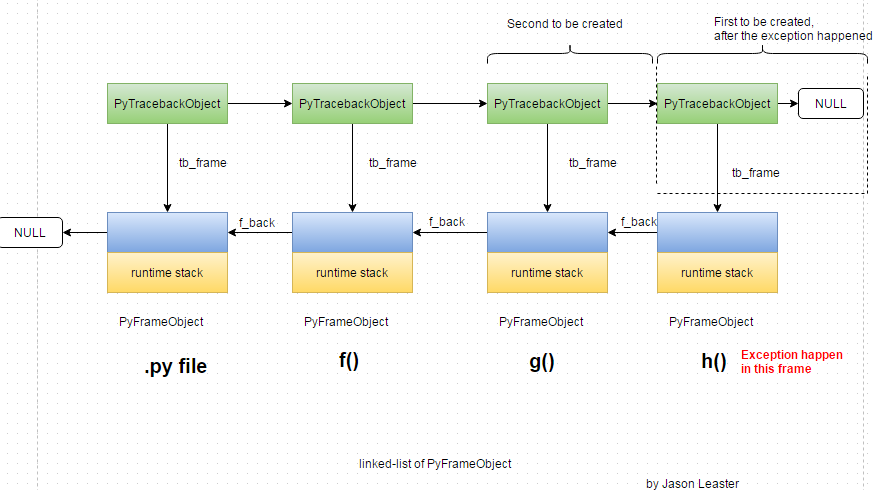 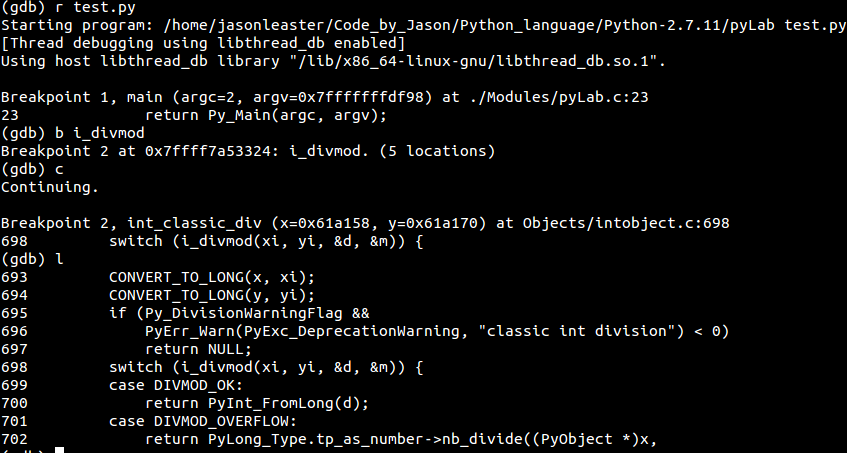 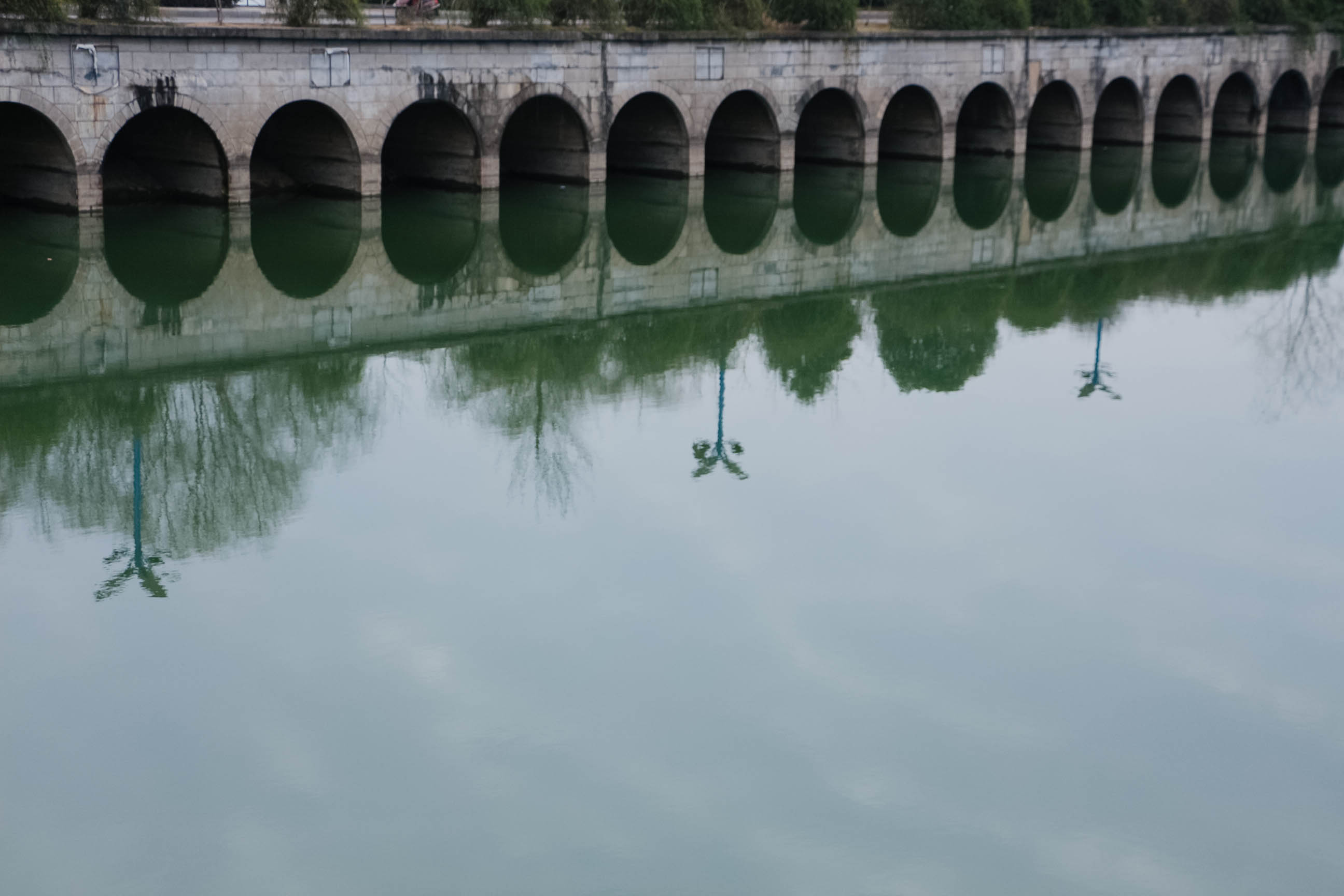