Try to answer these question.

In the implemenation, Python don’t choose Red-Black Tree as the basic data structure but Hash Table with a special technology – Open Addressing.

In computer science, lazy deletion refers to a method of deleting elements from a hash table that uses open addressing. In this method, deletions are done by marking an element as deleted, rather than erasing it entirely. Deleted locations are treated as empty when inserting and as occupied during a search. – Wikipedia

There three kinds of slots in the table:

Here, Python define the entry data type of dict in python PyDictObejct. A entry is like a paire (key, value). To avoid calculating the hash value of me_key, me_hash used as a cached value for it.

To ensure the lookup algorithm terminates, there must be at least one Unused slot (NULL key) in the table.

PyDict_MINSIZE is the minimum size of a dictionary. This many slots are allocated directly in the dict object.
(in the ma_smalltable member).
It must be a power of 2, and at least 4. 8 allows dicts with no more than 5 active entries to live in ma_smalltable (and so avoid an additional malloc); instrumentation suggested this suffices for the majority of dicts (consisting mostly of usually-small instance dicts and usually-small dicts created to pass keyword arguments).

I draw a figure to make the idea easy to be understand. 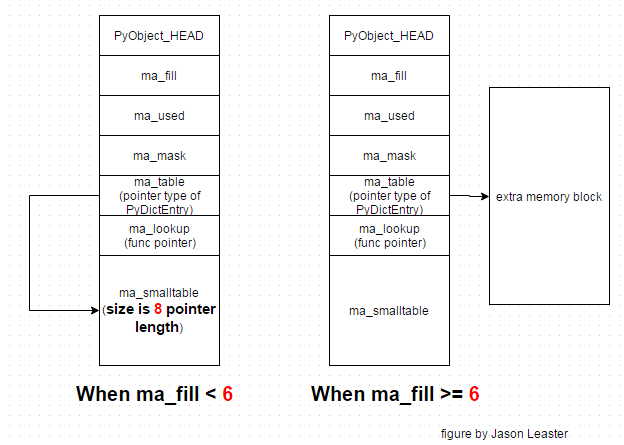 The question is coming. When Python will resize the diction table of that object?

Yes, we should resize the dictionary object if there have 6 or more object in the container but not 8.

Here is the result of hacking. 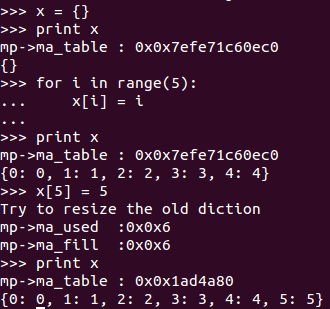 It’s important to note that resizing can happen to make a hash table larger or smaller. This is , if sufficiently many element of a hash table are deleted, the table can be scaled down in size. However, resizing only happens during an insert.

There are two ways to create a dict: PyDict_New() is the main C API function,
and the tp_new slot maps to dict_new(). In the latter case we
can save a little time over what PyDict_New does because it’s guaranteed
that the PyDictObject struct is already zeroed out.
Everyone except dict_new() should use EMPTY_TO_MINSIZE (unless they have an excellent reason not to). 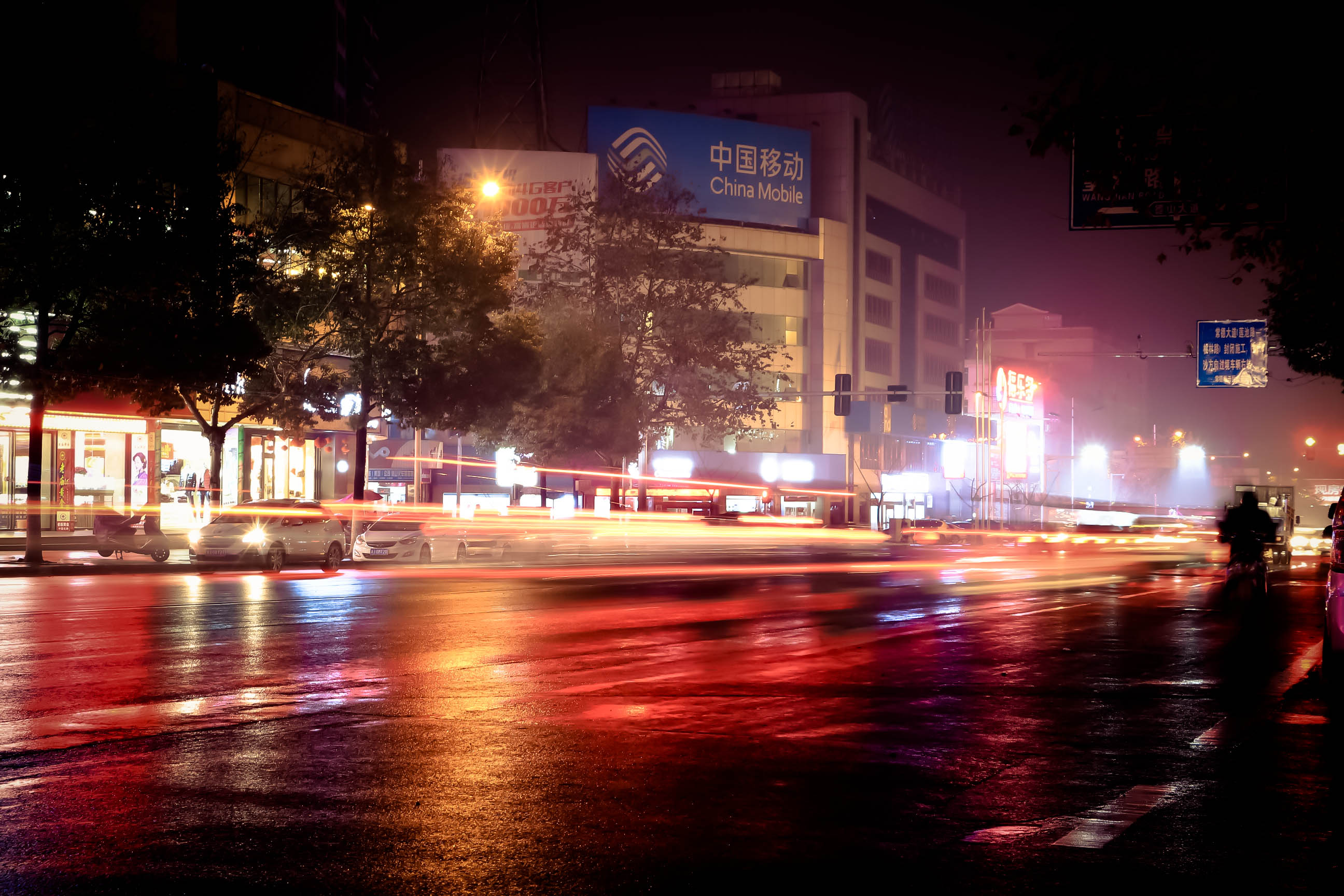